Margaret first realized her son’s speech transformation on a recent doctor’s visit. It was the day after Blaise turned five and he was excitedly chattering to everyone in the office about being five years old.

“NOBODY asked me ‘what did he say?’ NOBODY shot me a confused or sympathetic look over the top of my son's head. And NOBODY asked Blaise to repeat himself, Margaret said. “I could have cried, I was so happy.”

Blaise began receiving Rainbows’ Speech Therapy with Speech Language Pathologist Paula Matson in Fall of 2014. Blaise enjoys working with Paula when she visits him at school and talks about her to his family as if she were a playmate. Paula is a member of Rainbows Community Based Education/Training  Services (CBETS) who offer services through a contract with USD 259. 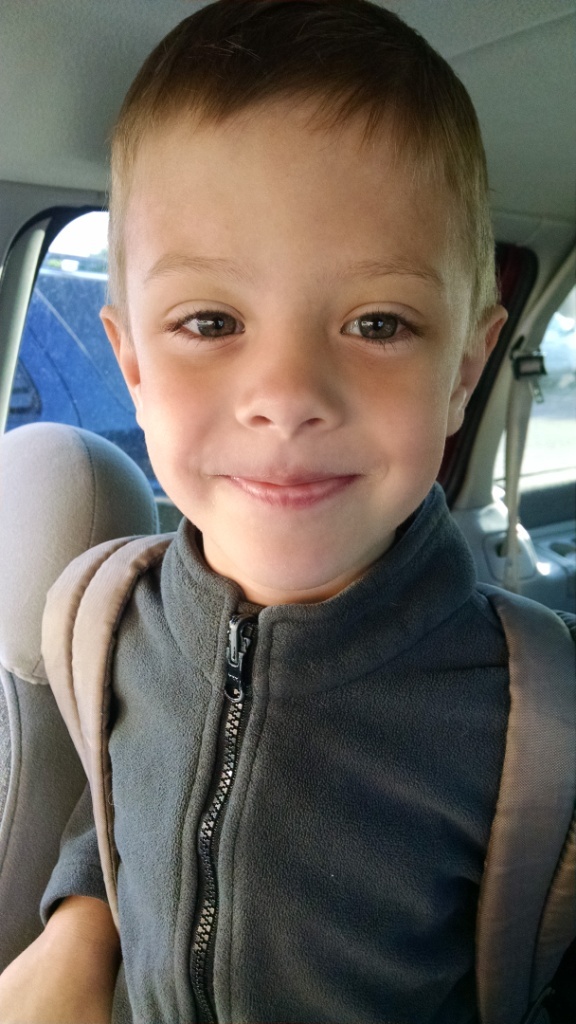 “I love that she naturally builds her lessons around the realities of a preschool-aged boy,” Margaret said. “On any given

day I might walk into them playing a game, cutting or gluing a handout, reading a book, or walking across the room as part of a speech activity, he loves it.”

Blaise has learned to enunciate his words, slow down his conversations, and monitor or correct himself when he makes a mistake. “He still needs an occasional reminder, of course, it’s a process,” Margaret said. “That being said, the results have been amazing.”

Prior to receiving Rainbows’ services, Margaret hesitated to leave him in the care of other adults, even family members, due to the fear that they could not understand his speech.

“What if he needed something and they didn’t understand what he was trying to say?” Margaret said. “I don’t have to worry about that anymore.”

Rainbows’ services have also helped in Blaise’s relationship with his father. “I would have to be in the middle of their conversations like a translator,” Margaret said. This frustrated Blaise when he wanted to share exciting news with his dad. “Now they can talk without me and the two of them are closer.”

Margaret hopes that others will seek Rainbows’ services to help their children as well. “Rainbows obviously helped my son and they have treated our family like a respected part of the team,” Margaret said. Margaret appreciated the progress Paula shared with her as well as activities they could do at home to continue his improvement.

“I have never for a minute regretted the decision to let Rainbows serve my son,” Margaret said. “I thank God that they were there to help when we needed it.”

At Rainbows United, we believe each child is a masterpiece, whether or not they perceive themselves that way. For children who have trouble holding a crayon, struggle to pay attention or have other challenges, their inner beauty may become overshadowed by apprehension--especially when they enter a...
Learn more