The benefit of early intervention 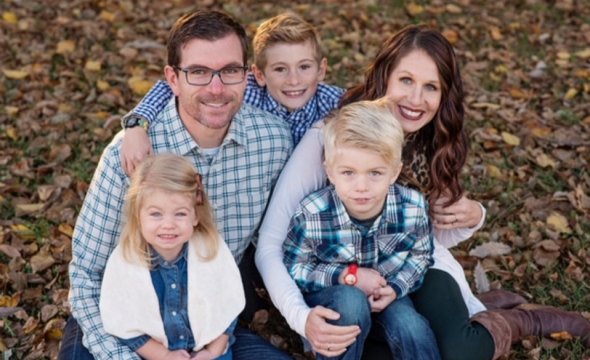 When Brandy heard her daughter, Kennedy, using her tongue incorrectly to say certain sounds, she reached out to Rainbows’ Speech Language Pathologist, Kim Stewart, for advice. After doing an evaluation when Kennedy turned two, Kim saw that she could benefit from Rainbows’ services and began working with her through individual sessions.

Brandy was already familiar with Kim as a therapist, so when she developed concerns about her daughter’s speech, this was one of the first calls she made.

“Kim helped our son, Ethan with some speech needs in previous years, and we loved her,” said Brandy. “Kim Stewart is wonderful with kids! She is loving, patient, and always creative with their individual needs.”

When Brandy heard Kennedy using her tongue incorrectly to say certain sounds, she reached out to Kim for advice. After doing an evaluation when Kennedy turned two, Kim saw that she could benefit from Rainbows’ services and began working with her through individual sessions.

As an experienced therapist, Kim noticed right away that Kennedy has a large tongue, and also sucks her thumb. Because of this, there were ways Kennedy needed to strengthen her mouth and tongue in order to progress her speech. Since beginning sessions with Kim, Kennedy’s mother has seen drastic improvements in her communication.

“Kennedy no longer uses her tongue the wrong way when making sounds unless she’s really tired. She will say, ‘Oh! I’ve got to keep my tongue in!’,” said Brandy.

Kennedy has also struggled with balance and stability issues.

“Kennedy used to fall all the time. Daily. Hourly even,” said her mom. “She couldn’t run or walk without falling, and always had scrapes to prove it.”

Kim has been working diligently with Kennedy on balancing exercises, and has encouraged the family to help Kennedy slow down her actions.

“She rarely falls anymore,” said Brandy.  “She has truly come a long way. Rainbows has helped so much with both Kennedy’s speech and balance.”

Because two of her children have benefited from Rainbows’ services, Brandy feels grateful that her family got connected to such a great resource.

“They’ve met with us and helped us understand the issues at hand with both our children and have given us tools to work with them at home along the way,” she Brandy. “Rainbows has now helped us with 2 of our 3 children, and we are indebted to them.”