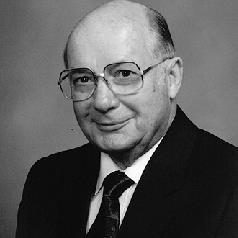 Grant Stannard passed away at the age of 95 on August 28, 2019. Grant was born to Grant and Faye Stannard on March 23, 1924 in Lincoln, NE. He was a cherished brother, husband, father, grandfather, great-grandfather and uncle. Grant was an admired friend by many and a champion to multiple organizations. All who were acquainted with Grant revered him as “One of the Good Guys” and a “True Gentleman.” His parents, his brother David, and his wife Katie preceded Grant in death.

After serving in the U.S. Army Air Corps in WWII, Grant returned home to complete his engineering degree at KSU. Subsequently, along with his brother, David, Grant focused on the continual growth of Stannard Construction Co. Grant first became acquainted with Katie while in high school. It was not until years later, Grant and Katie met again when both attended Plymouth Congregational Church. This renewed friendship flourished into marriage and family. Through his commitment to the church, Grant also joined the board of the National Assoc. of Congregational Churches, which has ties to Piedmont College in Georgia.

Grant was a long-standing member, and often held leadership positions, with Bulls and Bears, Confrérie de la Chaîne des Rôtisseurs, KS Contractors Assoc., Rotary Club of Wichita, Wichita Country Club, and the Wine and Food Society of Wichita. The nonprofits supported by Grant’s dedication and quality advice were Exploration Place, Guadalupe Clinic, Quivira Council of Boy Scouts of America, Rainbows United, and the YMCA. For countless hours, Grant sat as part of the Board of Directors and never expected anything in return. His only goal was to share his knowledge and patronage for what he deemed a worthy cause.

Throughout his life, sports activities played a major role. For decades, he and Katie played mixed doubles tennis at the Racquet Club and WCC with friends. He was passionate about Nebraska football and proudly attended games spanning over 70 years without missing a single game. Since Grant’s college education started out at WSU, he remained an ardent fan of both WSU basketball and baseball. Over the years, there were also trips to the Final Four Basketball games and the Indianapolis 500 races.

For many years, Grant piloted his own twin-engine plane to these sporting events. Many of his and Katie’s worldwide vacations also included Grant’s skillful navigating. Each flight brought treasured stories and memories to family and friends.

Grant lived by the motto: Learn from yesterday, live for today, and hope for tomorrow. He was a man who made a difference by the things he did – whether it was a simple phone call to say hello, a gift of his time, or a financial donation to an organization. His generosity touched the lives of many who did not even know him. Grant was a man who possessed deep integrity and a world of knowledge regarding business, travels, food and fine wine.

A celebration of Grant’s life is set for Saturday, Sept 7, 11:00 at Plymouth Congregational Church. In lieu of flowers, kindly consider a memorial to one of the following: Rainbows United Charitable Foundation, of which Grant and Katie were founding members, at 3223 N Oliver, 67220; Plymouth Foundation Living Legacy at 202 N Clifton Ave, 67208; or Stannard Fund-Boy Scouts of Am at Wichita Community Foundation, 301 N Main St, Ste. 100, 67202. Downing & Lahey Mortuary – East Chapel.