It is Hard to Have a Child with Special Needs

A Solid Foundation to Grow 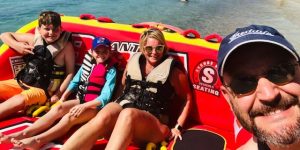 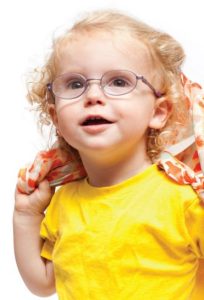 Do you remember this little curly-haired girl with the winning smile?  Diagnosed with Chromosome 16P11-2 Micro-deletion Syndrome, a rare genetic disorder in May 2013, her parents were first told that she may not really talk and have a lot of difficulty expressing herself. “Now ten-years-old, she enjoys talking A LOT,” said Kim, Sophia’s mom. “Sophia is an energetic and loving child, and she always has a smile on her face. She would like to be a teacher one day. She enjoys playing school at home with her Barbies.”

Sophia was referred to Rainbows by her pediatrician when she wasn’t meeting her developmental milestones. When she started at Rainbows, a therapist came to her home and she received speech, physical and occupational therapies. Her struggles included Asthma, heart problems, speech deficits, and toe walking which required her to wear leg braces six hours a day.

“She was asked to leave her original daycare at age 2 because ‘she required too much care’,” said Kim. “We were told she would be better served somewhere else. Because of our connection with Rainbows, our therapist told us about childcare at Kids’ Point.” Sophia attended the Early Care and Education program until she graduated into kindergarten.

Sophia had no problem stealing the hearts of the staff at Rainbows. Kim recalls attending Peter Hampel’s Luau, a fundraiser held by a Rainbows’ family. “People kept stopping us and would say ‘You’re Sophia’s parents!’ you could tell she was loved.”

“Rainbows will always be special to us,” said Kim. “It is where we first learned of our child’s challenges and where we were first supported on her developmental journey. We are so grateful to have Rainbows in our community. We know they have given Sophia (and us) a solid foundation to grow. Those early years are so pivotal in a child’s success.”

Sophia had a strong foundation of not only services but love and support from Rainbows. While she still receives many services through her IEP at school, Sophia is learning to read, do math and make friends.

“Rainbows is an amazing organization that provides more than just services for children with special needs,” Kim said. “They provide hope and support for families as well. It is hard to have a child with special needs. But it’s also a blessing. You are given the opportunity to face new challenges with determination and strength. At Rainbows, you are not alone.”

Kim and her husband, Mike are also parents to 13-year-old Max. He is in the 7th grade Pre IB program at Robinson Middle School and recently chose to volunteer at Rainbows as part of his school program. “I chose Rainbows because they helped my sister,” Max said. The family enjoys traveling (when it isn’t COVID), hiking, swimming and watching movies together.