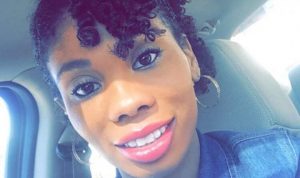 Courtney Neal is an Early Childhood Social Worker for Rainbows’ Bright Beginnings program. In 2014, Courtney was a volunteer at Rainbows United Kids’ Point location. Courtney’s desire to work with children led her back to Rainbows.

“I truly enjoyed working with children,” she said. “I knew Rainbows would be an organization that would allow me to make a positive impact on children and their families.”

Courtney has acquired several accreditations including a Bachelor of Science Degree in Psychology and Criminal Justice from Friends University, a Masters Degree in Social Work from Washburn University, and a Licensed Master Social Worker.  Prior to working at Rainbows, Courtney was an attendant care provider at Family Service and Guidance Center. While in graduate school, she also had two social work practicum placements. The first one was at Department of Children and Families and the second at Topeka High School. Courtney was also a gymnastics coach at Wichita Gymnastics Club, where she coached competitive gymnastics for six years.

Courtney has worked at Rainbows United since 2017. “Although I have not been at Rainbows very long, my biggest accomplishment so far is the connection I build with our families and children,” she said. “It feels great to see the smiles on the families’ faces, knowing you’re helping a family.”

A normal work day for Courtney is going to families’ homes to do initial visits and transition plans. Courtney facilitates transition conference meetings at seven Butler County Schools, and manages all paperwork from the visits.

Some of Courtney’s hobbies include, exercising, yoga, reading, and teaching Sunday School for children in kindergarten to fifth grade. She enjoys going on walks with her husband and two dogs.

Money raised at this year’s Rainbows Run event benefits children and families served in Butler County by Courtney and others in Rainbows’ Bright Beginnings program. Read about the rest of Butler County’s talented staff here.The Rainbows Run is on Saturday, May 5 starting at 9 a.m. at Augusta’s Lincoln Elementary School.

The event is family-friendly and includes: kids’ activities, music, live broadcast from B98, a timed 5K, 1-mile family fun walk, food and more! Find out more about the Rainbows Run and join us to raise proceeds for our Butler County programs and services.